Renewables and the fight against climate change redesign the energy ecosystem 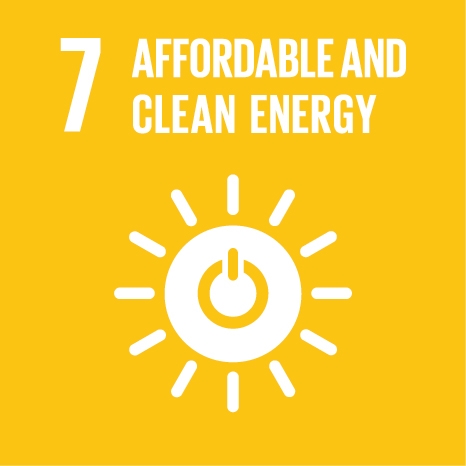 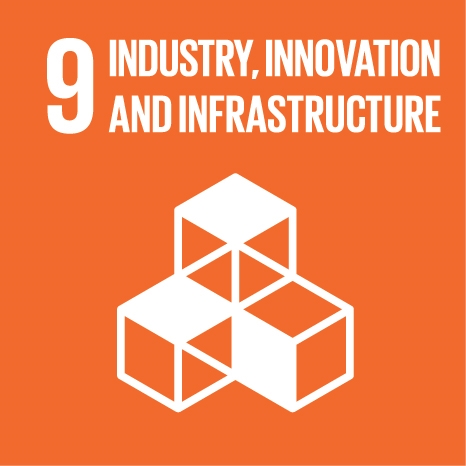 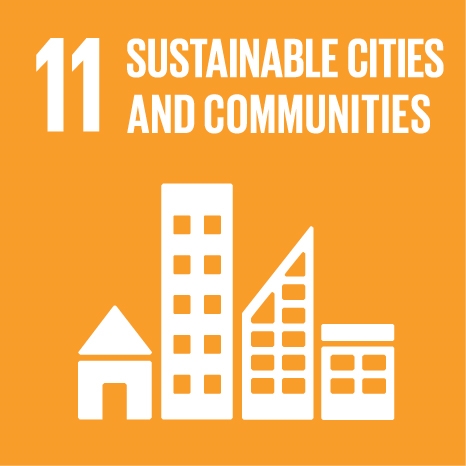 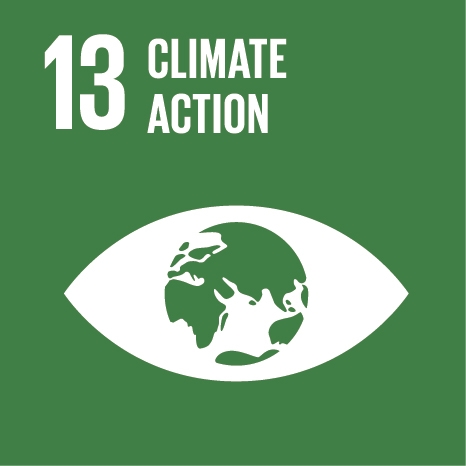 The fight against climate change is significantly redesigning the architecture of the energy ecosystem. The goal of reducing our carbon footprint, with a "considerable" increase in the share of renewables, as called for by the UN Agenda 2030 and the Paris Agreement on Climate Change (COP21), has greatly changed the production and the distribution of energy. The old paradigm, with large fossil fuel-powered power plants, is collapsing in the name of decentralized alternative energy production. The new trend in energy consumption demand, where it is essential to find the right balance between infrastructure development, favourable regulation and data management, has opened the door to new forms of investment, especially in the distribution of energy resources. The market sector that deals with the management of this multiplicity of sources, which can be summarized with the acronym DER (Distributed Energy Resources), is based on concepts such as sustainability, renewables, energy cloud, smart grid and speaks the language of digitization and technological innovation: it includes hardware, software and services segments that offer visibility for the control of distribution networks, allowing their optimization and evaluation in real time.

The market for DER operators

The market for smart grids - the set of distribution networks that allow a decentralized management of the electricity grid in an "intelligent", effective and rational way - is expanding rapidly and today is valued at about 25 billion dollars.  The DER management sector, which specializes in the aggregation of different energy sources, which involve the offer of virtual power plants (VPPs) through multi-service energy platforms, is growing at an annual rate of 16.5%, according to the Global Cleantech 100 Report, by the Cleantech Group, a leader in sustainable growth consulting.

The transition from a few large power plants to the aggregation of a multiplicity of new flexible green resources, even small ones, such as domestic battery-powered accumulators and photovoltaic systems, with decentralised management, where the consumer also becomes an active producer, in a bidimensional way, has made it necessary to introduce "smart grids" managed by specific next-generation software applications, capable of connecting self-production plants on the distribution grid with large power plants, exchanging information on the energy produced with them and regulating distribution accordingly. Not only that. The advanced DER management systems optimize the integration of renewable energy in the grid: they allow to manage even locally any surplus, which know how to sort to adjacent areas, where there may be deficits and, at other times, can control storage systems dynamically and in real time. The energy flow is therefore constantly calibrated to the real needs and production capacity of the power plants connected to the national networks. Recently, the Swiss transmission system operator Swissgrid, together with Terna and TenneT, presented Equigy, a new platform based on blockchain technology, which will facilitate the inclusion of small distributed energy resources in the balancing process of the electricity grid.

The ability to dynamically and multifunctionally manage flexibility, i.e. the ability to influence energy consumption and production in a targeted manner over time, not only increases security of supply but also avoids costly grid extensions. For example, the Demande Reponse programmes reduce the amount of energy consumed, so that the reliability and sustainability of the electricity grid is guaranteed. How does this work? Professional energy consumers, businesses and industries, are rewarded if they strive to reduce their demand in daily consumption peaks, thus concentrating the use of energy-intensive equipment on calmer times. But this practice is still little used, despite the potential benefits for companies.

With DER operators, thanks to their ability to aggregate flexible sources, a number of important changes in the field of large-scale energy storage for residential use, for the management of "intelligent buildings", etc., emerge. The legislative framework is preparing to support this evolution: all final consumers, producers and operators of storage facilities, will be recognised by law as owners of their own energy and will be free to decide whether to use it directly, store it or network it. Small households will therefore also have the opportunity to market their surpluses through network operators.

It is mainly the large energy companies that invest and buy DER management companies. The French company Total, for example, after taking over the European battery manufacturer Saft in 2018, invested in Go Electric, a microgrid developer. Spanish oil giant Repsol bought Ampere, a residential storage developer that also provides flexibility services, while Shell bought Limejump, an aggregator and VPP provider in the UK. This demonstrates the energy transition efforts of historic oil companies seeking to occupy space that was once in the utility sphere. These last one, albeit with some initial reluctance as they believed they were the only producers of electricity, understood that managing the network access of a multitude of small producers can also be an interesting business. The most enterprising are therefore moving in this direction: in Europe, EDF has acquired Enery2market, a German VPP service provider with over 4 GW of capacity, while Engie has become the main shareholder of Swiss residential VPP service provider Tiko, founded in 2012 by Swisscom and the Graubünden energy company Repower. The French energy company had already acquired a majority stake in KiwiPower, the UK's leading DER operator, in 2018.  Most of the leading electricity companies now offer DER services.

Business models in DER management vary geographically, depending on local demand and legislation. There is strong demand in North America, due to its ever-growing need for energy, power generation and other distributed energy resources. Europe is also right behind as sectors like automotive, agriculture and residential are in high demand for electricity. As the use of renewable energy sources increases, which directly increases the grid complexity, developing countries are also opening their doors to the market for DER operators, particularly in the Asia Pacific region.

Innovators who know how to manage the flexibility of energy sources, such as Next Kraftwerke, GridBeyond, Tiko, Kiwi Power, Kaluza, AutoGrid and Stem, expand participation in the wholesale market and allow short-term savings while leaving traditional market structures responsible for system management.

Based on local success, the German Flexibility Aggregator Next Kraftwerke is providing large-scale VPP services to large trade and industry customers and utilities in emerging markets in Asia. The provision of virtual power plant services has been successful in parts of Central Europe, North America, Australia and Japan, thanks to government support for the exploitation of renewable energy. In Japan, also Next Kraftwerke, together with Tohoku Electric Power, is working on a VPP pilot project and monitoring energy storage, with trading plans and other ancillary services. Still in the Japanese area, Autogrid has launched a VPP storage program for Eneres, with the goal of aggregating 10,000 multi-assets between 2020 and 2021. A number of projects are underway in Germany, including a virtual VPP power plant designed by Sonnen and Tiko, which is enabled by the grid operator TenneT.

Enel X, the Italian leader of Demand Reponse (DR), confirms its position as the leading aggregator on the electricity market in the peninsula: this year it manages 350 MW of capacity as part of the Mixed Enabled Virtual Units project for residential storage, promoted by the national grid operator Terna. With its DR programmes, the company is also present on the British and Irish markets and recently in Poland it was awarded 696 MW of DR capacity to be supplied for 4 consecutive years (2021-2024).

To help flexibility aggregators in managing and auctioning their load pools, developers of virtual trading platforms, such as UK-based Piclo and US-based Leap, have introduced an independent marketplace for flexibility procurement and management. By marketing all flexible loads in the same location, the costs of complex transactions can be significantly reduced. Today Piclo covers an important slice of the UK market, with over 300 variable energy flexibility suppliers in the market, including companies such as Kiwi Power and Open Energi, as well as independent energy producers (IPP), while Leap has a majority share in the California area, thanks to strategic partnerships with Google's Nest Smart Thermostat (developer of "intelligent" thermostats compatible with most HVAC, residential heating, ventilation and air conditioning systems) and Axiom Energy, supplier of commercial refrigeration systems through artificial intelligence software platforms.

In addition to aggregating and managing flexible resources, DER operators offer VPP services capable of monitoring energy assets, adapting them to changing system conditions in real time, and have specialized in solving network problems, both for users and operators, depending on geographical areas, with needs that vary depending on regulation and market opportunities. Innovators such as Enbala, GreenSync and Opus One Solutions are grouping several DER products into a single multi-service platform, able to cater for a range of cross-border customers who sit at different stages of the energy transition with different regulatory hurdles.

Away from the primary energy markets and with a view to energy sustainability goals, DER management is increasingly becoming attached to classic energy trading platforms when regulatory conditions permit. This allows companies, thanks to new technology, to buy green energy directly from its generators. Lithuania's WePower has several large-scale projects in the pipeline, where grid operators play a more active role in distribution management alongside "prosumers" (a neologism that summarizes the figure of the producer/consumer), allowing local energy transactions at competitive prices and with maximum transparency.