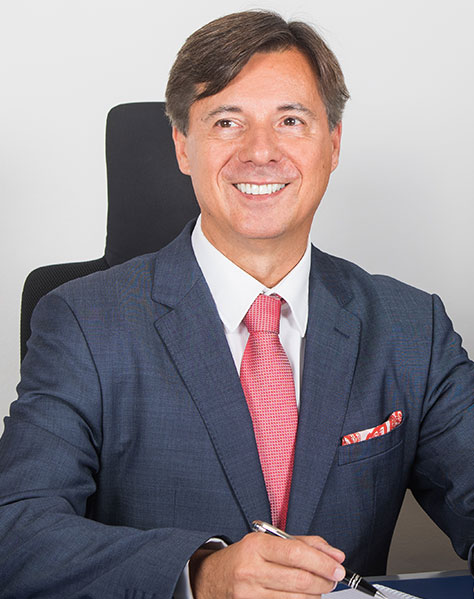 Vito Monte runs Centro Studi Monte SA, a company he founded in 2009 after ten years of working in Private Banking as a managing member of Credit Suisse, where he was responsible for the Ultra High Net Worth Individual clientele. Between 1993 and 1998 he worked in international taxation at Veco Trust SA.

Vito studied political science at the University of Lausanne and at the Institut Universitaire de Hautes Etudes Internationales in Geneva. He was a researcher at the Fondation Jean Monnet pour l’Europe in Lausanne. At the same time, he was working as an assistant at the Faculty of Economics (HEC). He completed a PhD in political science with a thesis on the dynamics of integration of the European Communities. He has published several books and numerous articles on European integration policies and international finance. He is a certified technical analyst (IFTA 1 and 2).

He was a member of the Foreign Policy Commission of the Swiss Radical Democratic Party and President of the Ticino Section of NOMES (European Movement Switzerland). For his studies, Vito was awarded the silver medal of the Fondation Jean Monnet pour l’Europe in Lausanne and an award in the context of the Robert Schuman Prize by Toepfer Foundation in Hamburg.

His current research, thanks also to the support of young students in finance, act as operational support for the asset management activity of the Centro Studi Monte SA, with attention to the evolution of sustainable finance. His mother tongue is Italian, and he speaks fluently English, French and German. Vito is married and has two children.

Luciano Vitali has a longstanding professional experience in the Swiss financial center. After the business school and the banking school in Berne (Bankfachschule), Luciano started working at the Solothurn Commercial Bank (SolothurnerHandelsBank) in Solothurn.

In 1983 he settled in Lugano where he worked for the Banca Unione di Credito (BUC), for the Migros Bank and consolidated his experiences in the Private Banking with Banca Popolare Svizzera and Credit Suisse, after the merger of these two institutions; a 30-year journey that ended with the position as Vice President.

Luciano is Certified Relationship Manager of Credit Suisse in Private Banking. He is bilingual in Italian and German (and also Schwiizerdütsch) and  he speaks fluently English, French and Spanish. He is married and has two children. Luciano joined Centro Studi Monte SA in 2016. 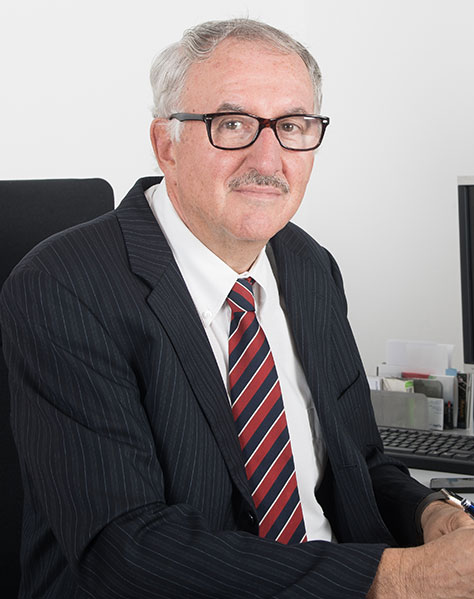 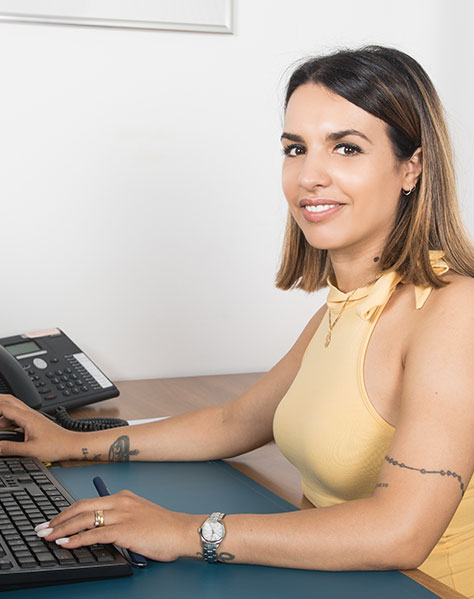 Maria José Ietto has participated since the beginning, in 2010, as a management assistant, in the definition of the administrative apparatus and then in the current management of the Centro Studi Monte SA.

She graduated with a commercial apprentice diploma by working in a commercial trust firm and in a construction company in Lugano.

She is bilingual Italian, Portuguese and she speaks fluently Spanish, French and English. Maria is an important point of reference in corporate activity. She is married and has three children.

Valentina then continued her education at the Scuola universitaria professionale della Svizzera italiana (SUPSI), with a Certificate of Advanced Study (CAS) in Cooperation and Development with a thesis on sustainable economy. After working as a journalist for some swiss media, today she is responsible for Sustainable Era of the Centro Studi Monte SA. Her mother tongue is Italian, and she speaks fluently English, French and German. Valentina is married and has two children. 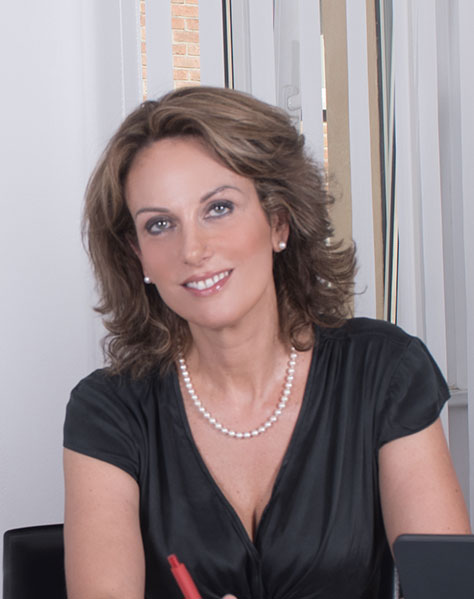 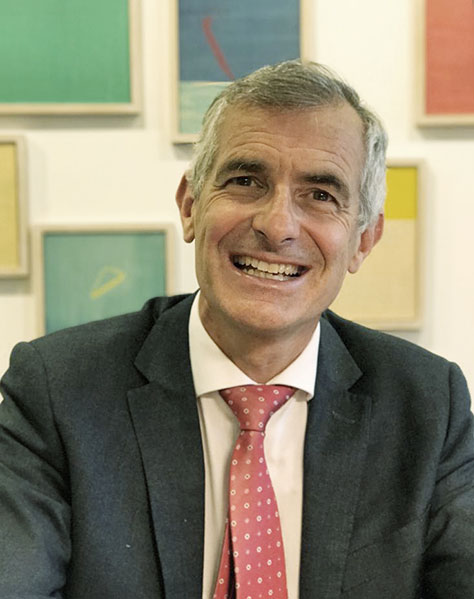 Roberto Beretta has a long and consolidated banking experience. He began his professional career in 1985 at Credit Suisse in Zurich.

Between 1988 and 1996 he worked for the Banca della Svizzera Italiana in Lugano in the commercial department. He then returned to Credit Suisse in Private Banking. Moreover, he completed a degree in political and economic sciences at the University of Zurich, Roberto graduated from the Swiss Banking School, the first level of Technical Analyst (IFTA) and completed the training courses of Credit Suisse Fit for CAS, Fit 4 Wealth Management and Skill Refresher Certification Program.

His mother tongue is Italian, and he speaks fluently German, English and French. Roberto is married and has three daughters. Since 2018 he works together with Centro Studi Monte SA as an advisor for the Familiy Office.

Adriana obtained the Federal Certificate of Capacity as a retail employee and achieved the Post AFC Professional Baccalaureate at the Commercial Professional Center of Bellinzona (CPC). After her professional apprenticeship at Swiss Post CH Ltd, she studied in the USA to improve her English skills and accomplished a C2 level certificate.

She is bilingual Italian, Portuguese and fluent in English and German. 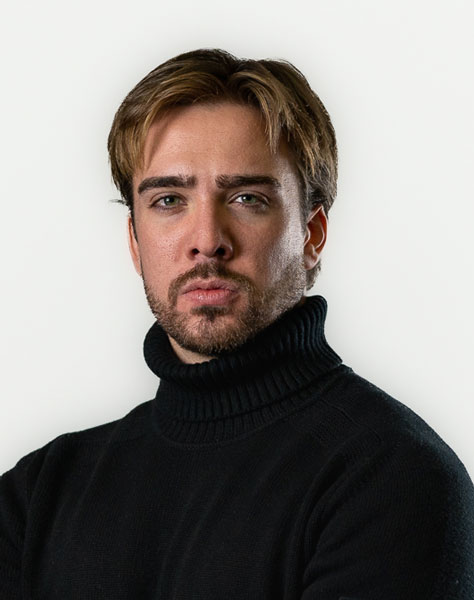 Leonardo Sorio, born in 1995, carried out a five-month internship (02.01.2022 - 31.05.2022) at Centro Studi Monte SA in parallel to his last period of attendance at the Università della Svizzera Italiana (USI), where he enrolled in the Master of Financial and Computing.

His quantitative training is the statement of his academic career at the University of Verona, in applied mathematics, and at the Micromaster Program in Finance of the Massachusetts Institute of Technology (MIT).

Remarkably flexible in programming, Sorio is attentive to developments in the world of Blockchains.

During his internship period he contributed to reprogramming in particular the model portfolios system and to develop a method of stock selection as well as giving general support to the investment activity. 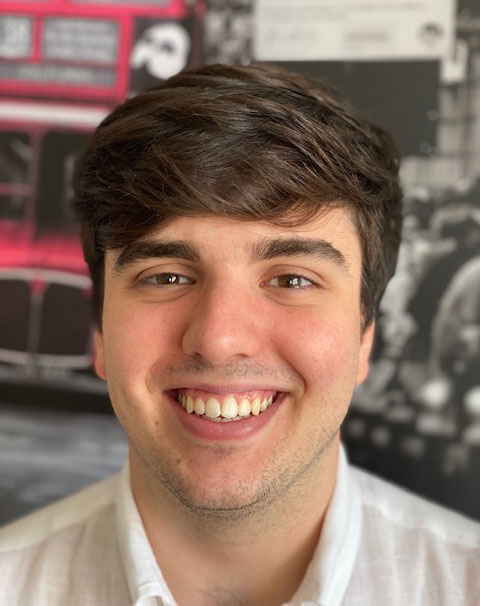 Matteo Ingelmo graduated with a Bachelor’s degree (BComm) in Finance at the Desautels Faculty of Management, McGill University, located in Montréal (Canada).

Throughout his internship at Centro Studi Monte SA as junior analyst (June 2021), Matteo worked to perfect and update efficient frontier algorithms to aid in the selection and screening of various assets based on technical and fundamental analysis.

Moreover, by linking methodologies from both Refinitiv and DataStream, Matteo was able to implement algorithms for the processing and analysis of real-time financial data. 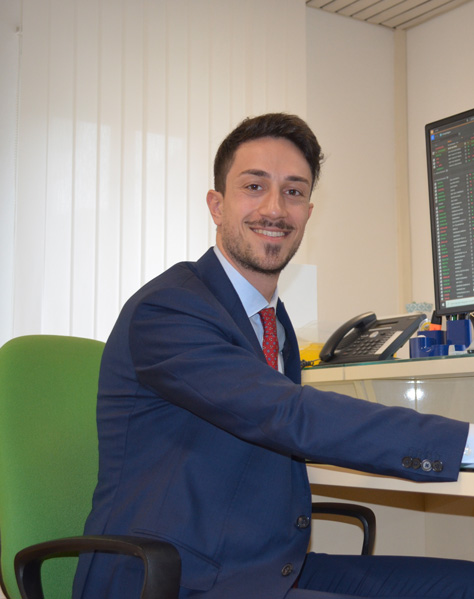 Luigi Menditto completed his bachelor's degree at the Università Cattolica del Sacro Cuore of Milan in banking and finance. Subsequently he received his Master’s in Finance at the Università della Svizzera Italiana (USI). His mother tongue is Italian, and he speaks fluently English, French and Spanish.

Luigi joined Centro Studi Monte SA as junior portfolio analyst (from September 2019 to February 2020). Luigi worked on the risk analysis and developed algorithms for the implementation of stocks selection tools based on quantitative analysis. Such devices are relevant for portfolio optimizations strategies. 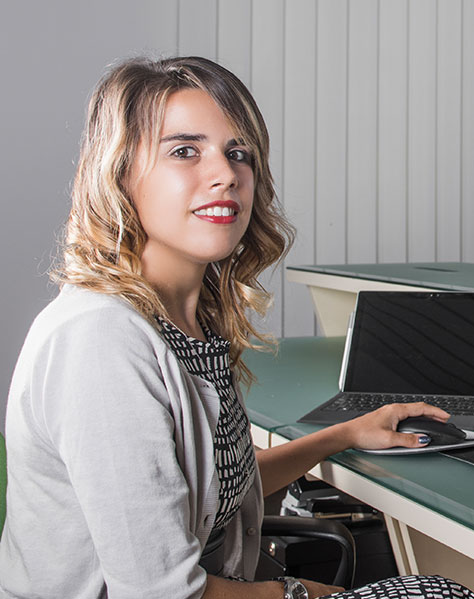 After a year of work in a bank as an internal controller, she began the 4-month internship, since end August 2019, at Centro Studi Monte SA. Her contribution to the improvement of the algorithms of the model portfolios and of the relative risk indices was significant. She elaborated the calculations to rationalize the investments within an efficient frontier set by her.

Andrea Isacchi graduated with a bachelor’s degree in economics in 2015 and with a Master of Science in Banking and Finance in 2017 from the Università della Svizzera Italiana (USI) in Lugano.

First as an intern, then as Junior Analyst (from September 2017 to March 2019), Andrea developed the algorithms for the implementation of a stock selection tool based on technical and fundamental analysis, set the framework to enable definition and update of model portfolios by introducing risk variables, he also participated in the drafting of proposals for a sustainable investment fund for which Centro Studi Monte SA acts as Advisor. He was involved in the promotion of a product for the selection of investment funds. 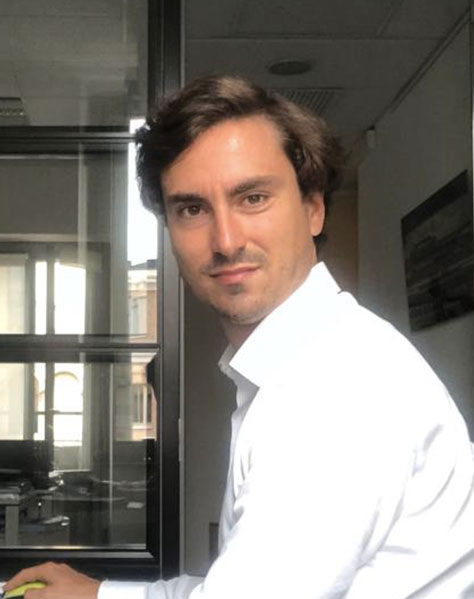